Muharem Šabić, Minister of Economy of the Sarajevo Canton, visited Ećo Company within the LIFE Project – Cooperation Network: Post - investment Support Program, and spoke with Ećo Suad, General Manager, on improving the business environment and regulatory reform, and strengthening the economy and competitiveness of the Sarajevo Canton.
During the meeting, Ećo Suad, Director, pointed out that the Sarajevo Canton economy has continued to grow, and that there is a possibility for further improvement and development, especially if more support is provided to economic entities, with an emphasis on those who are export-oriented. The director informed the Minister about the future plans of Ećo Company in terms of expanding production capacities, new investments in technology and new employment.
When it comes to the economy of the Sarajevo Canton, all the economic parameters in the past period have been increased. The Sarajevo Canton policy shows success and stability, and it is certain that the pace of investment in BiH will continue. The Sarajevo Canton Government undertakes all activities aimed at economic and total development, emphasized Minister Šabić.
One of the ways to improve the business environment is to facilitate access to financial resources signed by the Business Cooperation Agreement between the Sarajevo Canton Ministry of Economy and Bosna Bank International (BBI), through which BBI Bank secured a financing line of approximately 48 million KM, with the Ministry's subsidy economy. On this basis, companies can credit debt up to one million KM, for a period of seven years, with an interest rate of zero percent, the minister Šabić added. 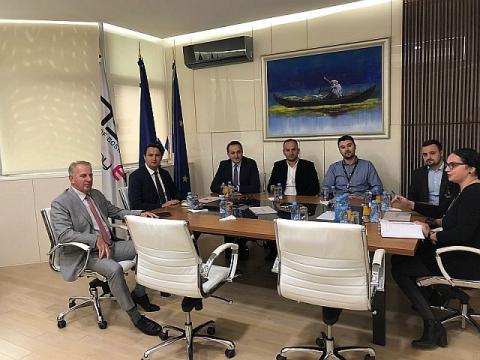