Minister Šabić, highlighted that the most of the work is already finished, the contractors have been selected, financial means have been planed and are ready for realization. Furthermore, Minister said that the vertical transport can not be completed without the snowing system, and the snowing system is dependent on water system construction. The goal is to merge all these projects into one system which would provide the optimal economic solution. After the realization of the project activities which were agreed upon during the meeting, it is planed that the works will start at the beginning of April. New meeting will be held in 15-20 days with the representatives of the consortium and other participants. The main goal of that meeting will be to determine the final diagram of activites. 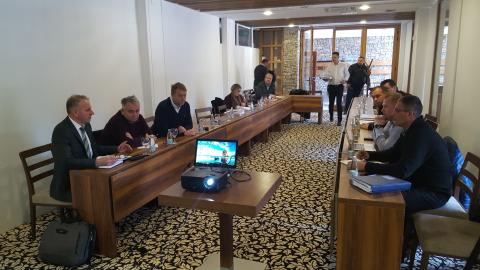